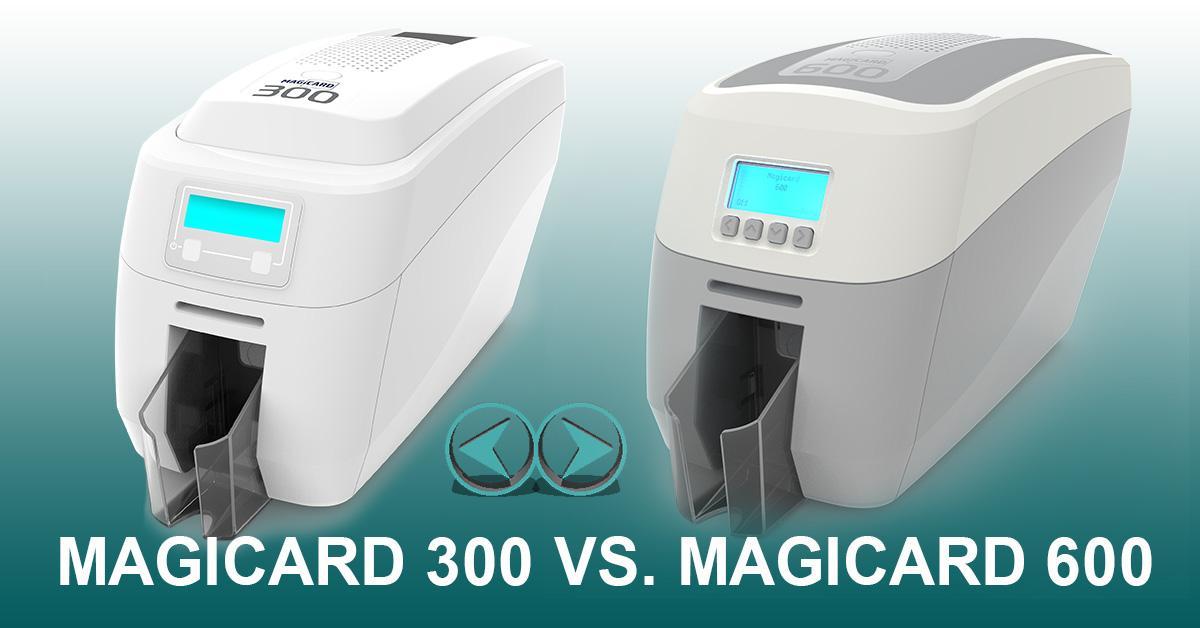 Choosing the right ID card printer for your needs is no joke. If you’ve already managed to narrow down the options and set your sights on a Magicard, you now have to hone in on the exact model you want. The 300 and 600 are two new and exciting additions to the Magicard family.

In this breakdown, we compare the main similarities and differences between the two, as well as other popular printers. This should help you see where these printers fit in, and whether they are the most appropriate choice for you or your organization.

There’s nothing to choose between the two as both feature 300x300 dpi single-sided printing (600x300 for dual-sided). This high resolution is suitable for printing photos as well as to clearly print small company logos, etc.

As both come from Magicard, they feature the company’s optimized color profile technology. The printers’ firmware analyzes both the colors sent by the drivers as well as the film, so no wastage occurs.

In terms of print quality, that makes both printers good enough for the most demanding jobs.

Both printers' standard models offer a 100-card feeder and 70-card stacker capacity. However, this can be increased with official Magicard extensions. It’s slightly inconvenient of both to not provide a feeder and stacker with the same capacity, but it’s definitely no dealbreaker.

Where the 600 does cement its place as a higher-end model is when it comes to printing speed. Here is a breakdown of their printing rates:

The difference is not astronomical, but it can tally up with time. Both printers also feature dual-sided printing which you can expect to be significantly slower, especially for the 300.

Other Features and Options

Both ID printers also feature superb built-in security to protect your organization, and your users, information. The most important are:

Keep in mind that magnetic stripe and smart card encoding are paid extras but can be purchased and downloaded later.

While the 300 only supports ethernet connections, the 600 can connect to your network via wifi as well.

Purely looking at the price tag, the 300 is significantly cheaper at just over two-thirds the price of the 600. If your organization is sizeable, the difference shouldn’t be too much. However, a difference of about $800 will make a big difference to individuals or small companies.

You also won’t have to sacrifice on printing quality, encoding options, or capacity for the more affordable 300. However, you’ll need to compromise slightly on print speed and convenience as the 600 has wifi and is slightly lighter.

How do They Compare to Other Popular Printers?

Another model from Magicard, the Enduro3E is in the same price range as the 300. It also comes as a single-side and double-side printer. Some of the key features it shares with the 300 and 600 are:

However, there are also some key differences:

Only slightly more expensive than the 300, the ZC350 is still a way more affordable than the 600. However, if the presentation is at all important, it lacks the elegant styling of the other two printers. It also comes in both dual-sided and single-sided models with wifi and certain encoding options as paid extras.

Here’s what it has in common with the Magicards:

Fargo is another huge name in the card printer industry known for its printers’ superior printing quality. However, they are a higher-end brand, and the DTC4250e is no different at a significantly higher price point. There are four base models with single-sided, double-sided, ethernet, and magnetic coding as optional features. An advantage of Fargo printers is their modular design that allows for extensive customization.

Despite some significant underlying differences, there are still some similarities:

And here are the most important differences:

If you’re sold on settling with one of these models, there’s plenty of good news.

No matter which one you end up going with, you’ll have the same printing quality and decent printing speeds. You can also print cards with various types of magnetic or smartcard encoding for security or specific applications.

The most significant differences between the two are the price and certain conveniences. The Magicard 600 is easier to position and move around with wifi connectivity. Although negligible when printing in monochrome, the color printing speed will only be a factor under intense circumstances.

That being said, both are suitable options for educational institutions, government organizations, small to medium-sized companies, and businesses in the events industry. 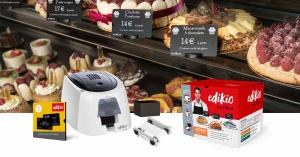 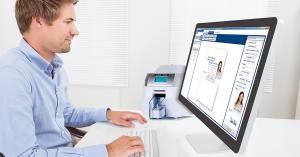 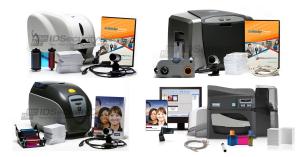 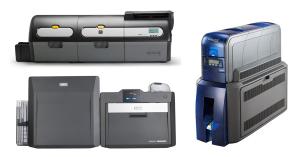 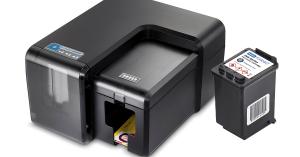